MADE TO MEASURE SHIRTS HAND MADE ON OUR PREMISES IN MANCHESTER CALL TO CHECK OUR LATEST OFFER PRICE! 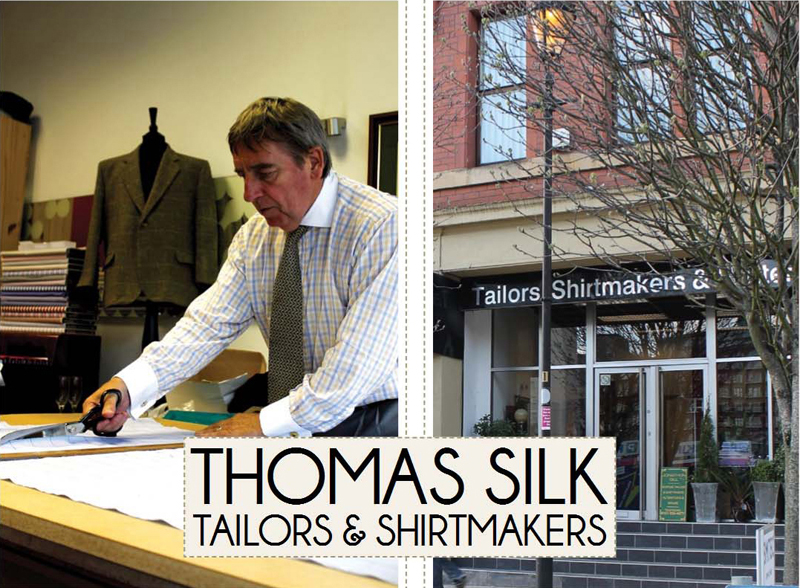 Welcome to and thank you for contacting Thomas Silk Bespoke Tailoring and Shirt makers. Made to Measure clothing, all made on our own premises.

Established over 40 years our experience is in making high quality Bespoke garments for our clients. The fabrics we use are British Woollens and Tweeds, Shirtings are 100% cotton in Superfine weave.

Hand cut individual to you and patterns made for accurate fitting for future choices.

The pleasure of having a personal service for your own style and cut eventually stands out in a crowd.

Satisfaction in knowing that your personal needs are being attended to by experienced Tailors and Shirt makers.

Technology, Tradition, Craftsmanship, Performance - a unique blend that only Thomas Silk can deliver. Between Mr John Gill and Mr David Williams we have over 70 years experience of Bespoke Tailoring.

Thomas Silk customers all over the country understand what it is to buy, own and wear the finest cloths and individual hand cut clothing money can buy.

We also provide a service we call “your favourite shirt” where your pattern is made up. Everyone has a favourite shirt and we can make a template of the body and collar shape especially for you. Thomas Silk will send the pattern of choice to you. 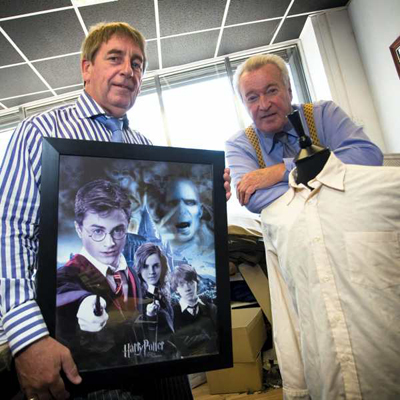 Pupils of Hogwarts School of Witchcraft and Wizardry get top marks for style, as the cream shirts Harry Potter and his friends wear have been supplied by Salford tailors Williams and Gill. Five hundred of the shirts, costing about £45 each, were ordered for the seventh film in the series, The Deathly Hallows (Part One) which hits the screen in November.

Pupils of Hogwarts School of Witchcraft and Wizardry get top marks for style, as the cream shirts Harry Potter and his friends wear have been supplied by Salford tailors Williams and Gill.

David Williams, who runs the business with partner Jonathon Gill, said: “Over the years we have provided thousands of shirts for the Harry Potter films.

“We had a phone call from Warner Brothers inquiring about shirts for the Titanic film. They gave the contract to a large London company but they kept our number. A few years later we got a call for the Harry Potter film.”

The makers of the JK Rowling adventure series re-order every time a new film is made. For the previous film – The Half Blood Prince – the company supplied 10 size 15 shirts alone for actor Daniel Radcliffe, who plays Harry.

The 'Harry' contracts are not the only thing which ensure the 40-year-old business is surviving in the current cauldron of economic recession.
It also supplies about 70 tweed caps a week to the 300-year-old London company James Lock, whose customers include the Duke of Edinburgh and other royals.

Suits, hand-made on the premises, start about £800.

Employing five people, the firm is based in Caxton Hall on Chapel Street – named after the founder of the printing press and built in 1907.

Founded by Mr Gill, the business is one of a handful of traditional tailors left in Salford and Manchester. It was previously in Booth Street, Manchester and later Back Pool Fold, off Cross Street. 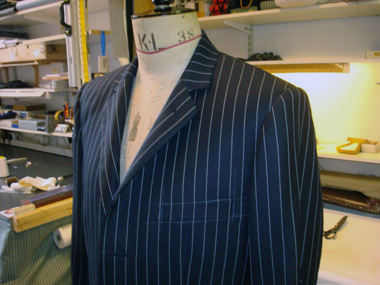 Mr Gill, responsible for fittings, said: “Most of the bespoke tailors are in the cemetery. I am unusual in that I am still working at the age of 76 five days a week.

Mr Gill's customers include judges, barristers, and businessmen. They include the Recorder of Manchester, Andrew Gilbart.

“Some young barristers come in wanting a loud pinstripe suit and and I am not adverse to giving them a sartorial dressing down, suggesting something more modest – they can be flamboyant when they are successful. 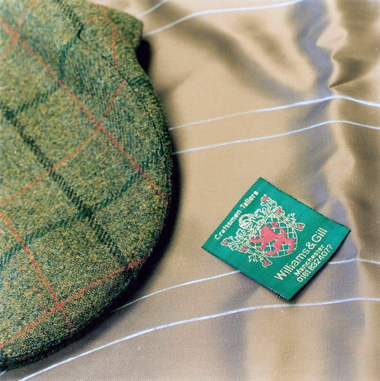 “I believe our success is because of the quality of service we provide – the personal attention we can give customers.

“The greatest pleasure is making the made to measure shirt – people can actually feel it against the skin.”

The company can provide any suit a customer desires. It recently made a replica for a customer of a sleek 60s-style pin-stripe one worn by rock star Paul Weller.

Mr Williams said: “The premises where we are now once used to be a Dr Who memorabilia shop with Daleks stored in the basement. Strangely we provided suits for the Torchwood TV series – a spin off from Dr Who – which were worn by John Barryman.”

The business gets its cloth from famous UK suppliers such as Fox Brothers from Wellington, and Dugdale of Huddersfield, plus flannel from J and J Minnis of Savile Row.

It's reputation for perfection means it survives on making just three or four suits a week – plus the odd order from Hogwarts. Harry Potter and the tailor of Salford - Manchester Evening News article 28 Apr 2010

David Williams and John Gill have been in business since 1972. Over the years we have made Bespoke Clothing for illustrious people. We draw woollens from the very best quality cloth merchants. Dugdale Bros, J & J Minnis, Saville Row, also fine Scotiish woven tweeds.

Our made to measure shirt service can be called upon to copy the Clients favourite shirt patterns made and kept for fiuture orders, cut and made on our premises.

We also supply tweed caps from our own workroom. All made to order, to customer choice of tweed. In fact, Mr Gill has had a cap named after him in James Lock. The GILL CAP. Of St.James cap range.

Attention to clients personal needs is our priority

It does not matter be it a smart suit for the office, a set of bespoke shirts for legal wear, a collection of bespoke outfits for special occasions or a stylish shirt and jacket for weekend casual persuits, Thomas Silk's luxury tailoring service caters for all of your bespoke needs.

Using the finest fabrics, components and highest standard of workmanship, Thoma Silk produce clothing of the highest quality and style. We take the time to get to know you, your likes and dislikes, to help you put together the best wardrobe that flatters your frame, enhances your best features and fits perfectly every time. Quite simply ThomasSilk are purveyors of totally bespoke luxury tailored clothing be it a shirt a suit jacket or hat. Using long established traditional tailoring methods, we produce a range of bespoke including suits, waistcoats, trousers, overcoats and shirts, all of which are contemporary or traditionally styled, perfectly fitted and of exceptional quality and value.

Busy schedules often mean that a trip to the tailors is overlooked but our whole ethos is to put you at the heart of the matter and work around your time and needs to produce the finest result. Thomas Silk customers all over the country understand what it is to buy, own and wear the finest cloths and individual hand cut clothing money can buy.

Our made to measure shirt service can be called upon to copy the Clients favourite shirt patterns made and kept for fiuture orders, cut and made on our premises. Shirtings are 100% cotton in Superfine weave. We also provide a service we call "your favourite shirt" where your pattern is made up. Everyone has a favourite shirt and we can make a template of the body and collar shape especially for you. Thomas Silk will send the pattern of choice to you. As a Gentleman's shirt maker and tailor our name stands for timeless style and exceptional quality.

Our personal bespoke service has always been available for members of the legal profession as such we offer Legal Robes & Gowns,  Lawyers Legal Wear and Attorneys Legal Wear, Court Tunic Shirts, Shirts & Tunics and tailor made clothing accessories. All custom fitted with the best of personal attention no rush and no fuss ever.

Thomas silk is committed to the ideals of precise craftsmanship with excellent tailor made suits & shirts. This service extends to items of casual wear city and country sports jackets, casual and custom shirts and overcoats for instance.
Our professional custom tailoring remains one of the best in the business of bespoke tailoring. We are able & available to provide you with expert advice regarding the right fabric, design, and style for your garments and purpose.
With our bespoke suits shirts and casual wear, the wearer gives off a distinguished appeal that is incomparable to wearing off the rack types. The handcrafted and special detailing of the bespoke apparel makes it unique to the wearer. The numerous fittings and quality control involved in the bespoke tailoring process enables the clothing to last for many years.

The finest Bespoke suits and shirts made personally for our clients. Many years of experience in made to measure service using finest English woollens with styling of your choice. We have been in the City of Manchester making suits and expertly made to measure shirts for celebrities and members of the legal profession that need to look and perform on the day: 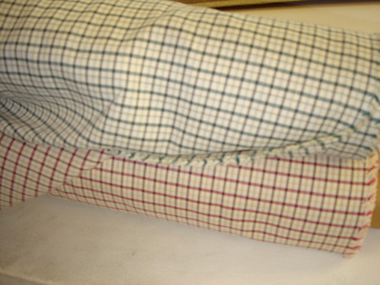 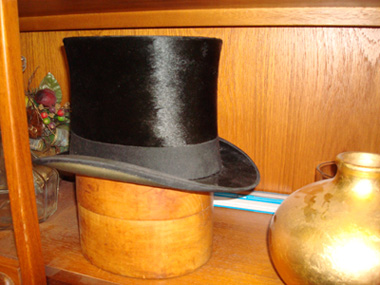 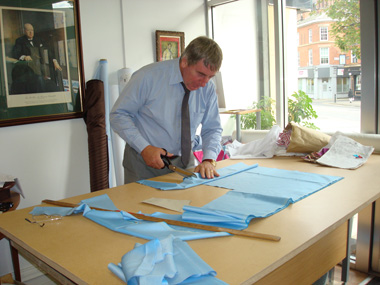 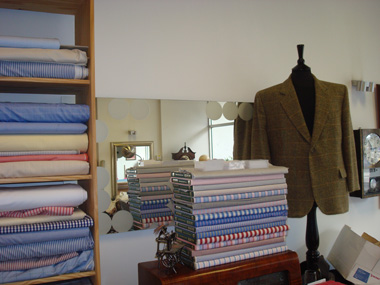 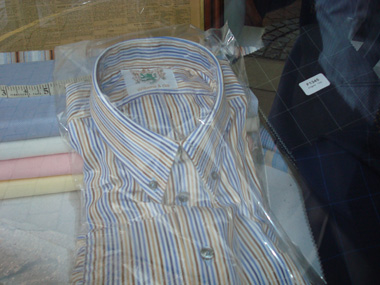 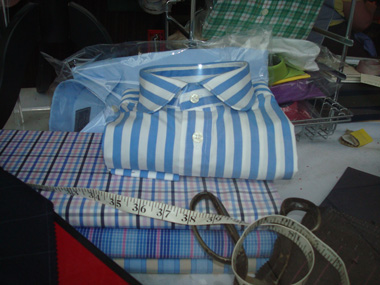 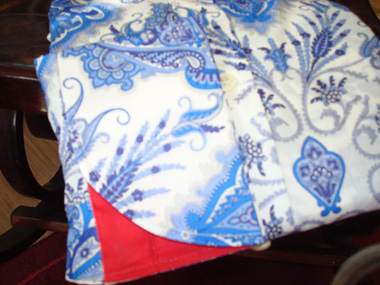 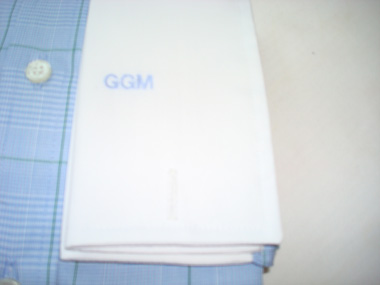 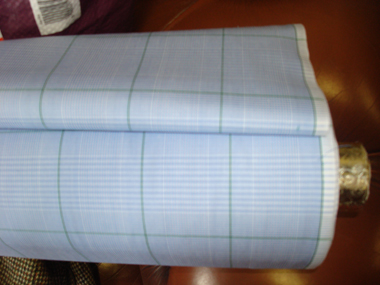